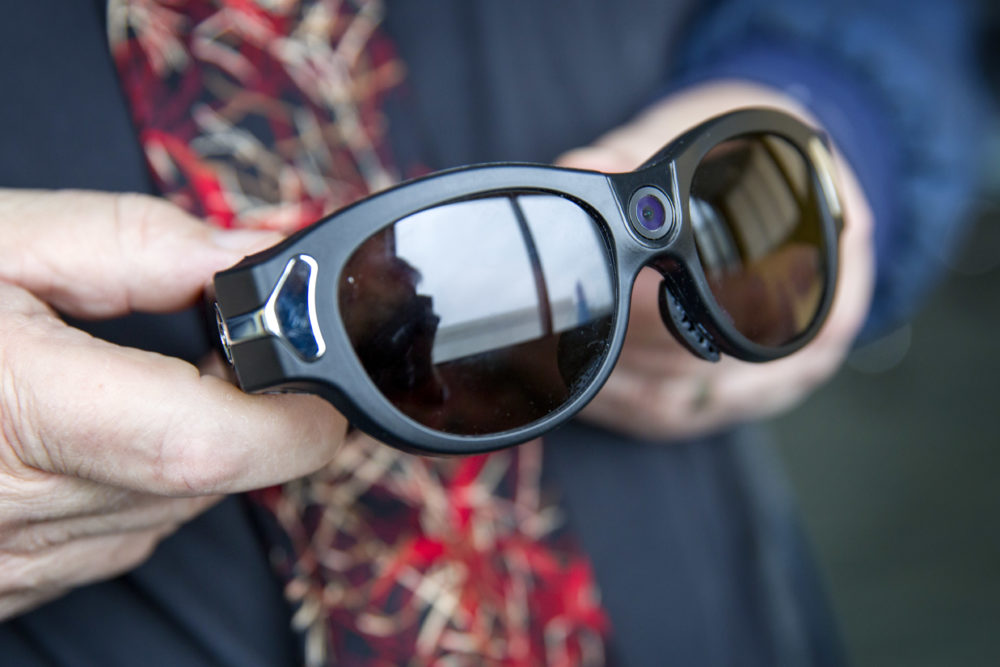 Smart Glasses, Apps, Talking Appliances: How Tech For Blind People Is Getting Better

These glasses have a camera built into the bridge over the wearer’s nose, so that a remote viewer can see what is happening in front of the person wearing the glasses. (Robin Lubbock/WBUR) From smart glasses with an integrated camera for reading, to apps that offer more independence and freedom, what's some of the best [...] 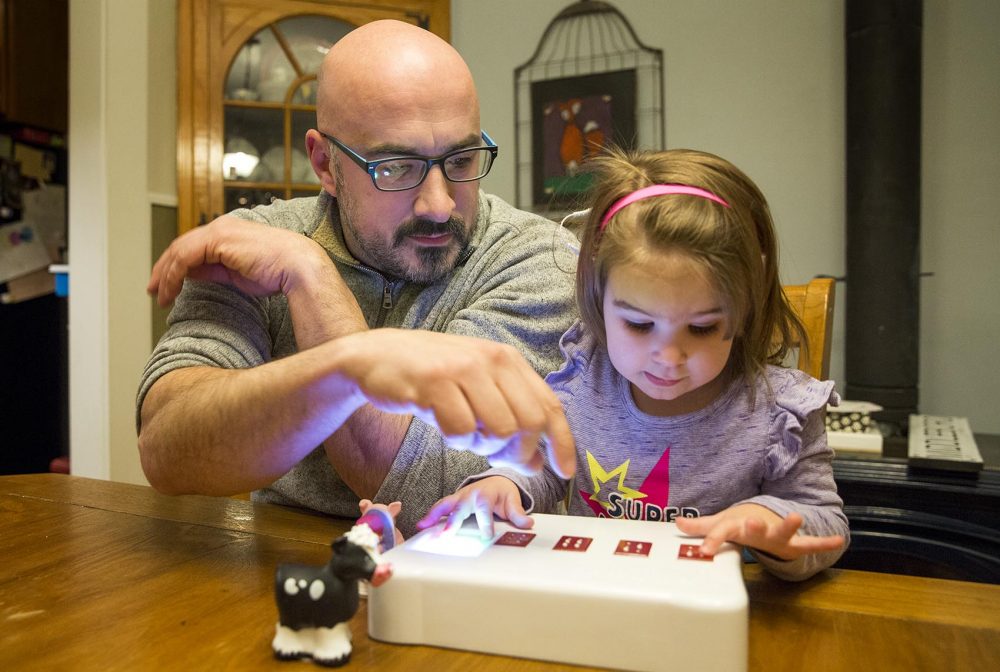 His 2-Year-Old Daughter Is Slowly Going Blind. So He Invented A Game To Help Her Learn Braille

The majority of adults with a visual disability in the U.S. are also unemployed. The jobless rate is close to 60 percent, according to the National Federation of the Blind. Statistics like that, which shed light on the long list of challenges people with vision impairment face, were a driving force behind one father’s attempt to help his […]

When Lee Huffman wants to use his personal computer, he launches a special application that magnifies the screen, allows him to change background colors in case his eyes get tired of the bright hues, and reads whatever text is on display. This tool helps him get information online, work on his projects and carry with […]

As Nick Cantos slid on a sleek pair of glasses, a voice spoke out to him through his iPhone. “I see the George Mason statue,” a woman’s voice said. “It looks like a bronze statue, standing tall, with a scroll in his left hand.” Nearby, Nick’s brothers, Leo and Steven, were also busy putting on their […]

Updates for Section 508 accessibility legislation go into effect in January, creating new specifications for how federal agencies must make websites and other digital information channels navigable for users with disabilities, and experts say these requirements are poised to become the new standard for state and local governments as well. Section 508 is a 2001 […]

For nearly a century, the National Braille Press has churned out millions of pages of Braille books and magazines a year, providing a window on the world for generations of blind people. But as it turns 90 this year, the Boston-based printing press and other advocates of the tactile writing system are wrestling with how […]