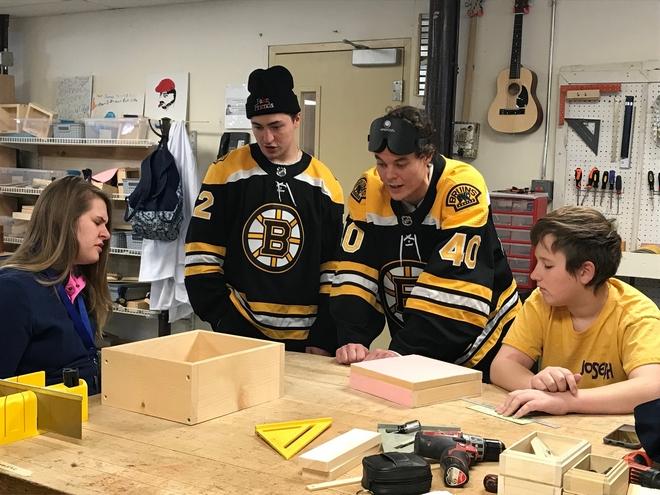 Two elite Boston Bruins players were shown up by amateur fencers at the Carroll Center for the Blind Wednesday, during the players’ visit.

Before Erwin and Lobban’s match, Rask and Vatrano put on “occluders” to block their vision and were given a quick lesson by coach Cesare Morales of the International Fencing Club. The Bruins players had to use sound and touch to gauge where they were in relation to each other and their swords.

“It gets your heart rate up,” said Rask after taking off the occluders and fencing gear. Both he and Vatrano were impressed by the clients’ skills.

Lobban and Erwin said they are both hockey fans and were happy the players came.