New therapy for premature babies at risk of blindness 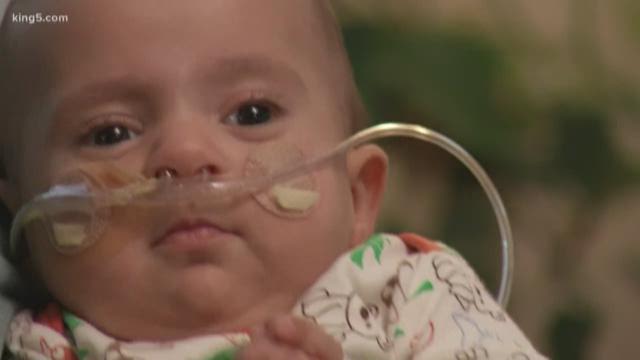 An Oregon doctor is working on a new therapy to make sure retinopathy of prematurity does not destroy a newborn baby’s vision.

More and smaller premature babies are surviving than ever before.

That’s leading to a rise in the number of cases of retinopathy of prematurity, or ROP. It’s a blinding eye disorder that the National Eye Institute says affects as many as 16,000 preemies in the U.S. every year.

Samuel and Henry Bowen were born at 23 weeks and weighed less than two pounds each. Their parents had never heard of ROP before the twins were diagnosed with it.

There are so many things that could potentially happen in the beginning especially for babies, eyesight and blindness wasn’t even something that we’d thought about yet, said Michael Bowen, Samuel and Henry’s dad.

Imagery shows aggressive ROP in Henry’s eye at 34 weeks. Untreated, it could detach the retina and blind him.