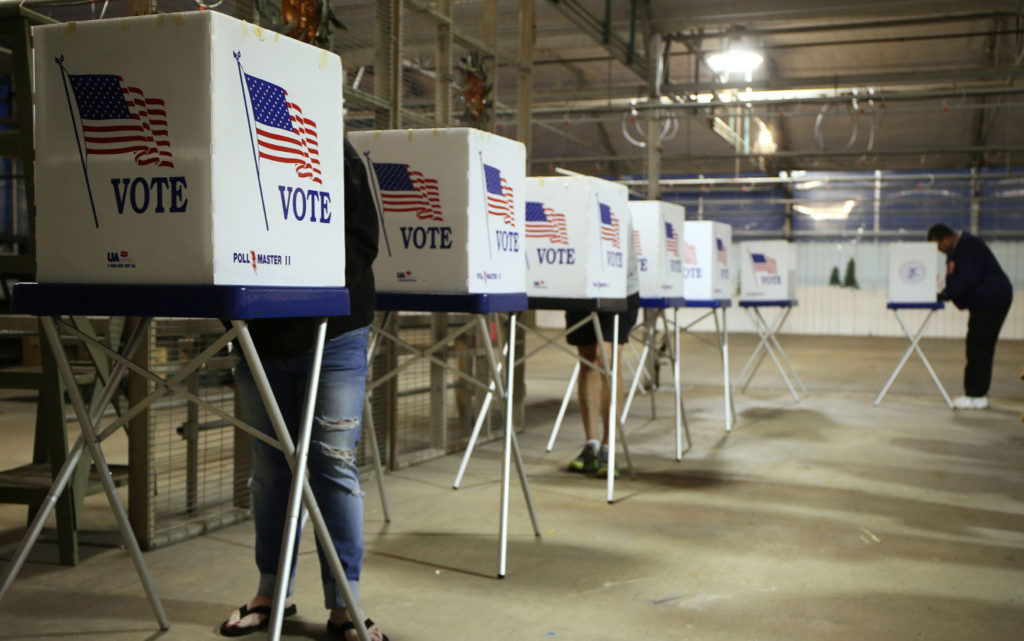 Most polling places presented barriers for people with disabilities during the 2016 election, a new government report indicates. (Stacey Wescott/Chicago Tribune/TNS)

Less than 20 percent of polling places were fully accessible to people with disabilities during the 2016 election, according to a new government report that urges the U.S. Department of Justice to step in.

The report released Thursday from the U.S. Government Accountability Office found that barriers were pervasive at American polling stations.

Of the 167 locations that GAO was able to completely examine both inside and out, only 29 were free of any impediments.